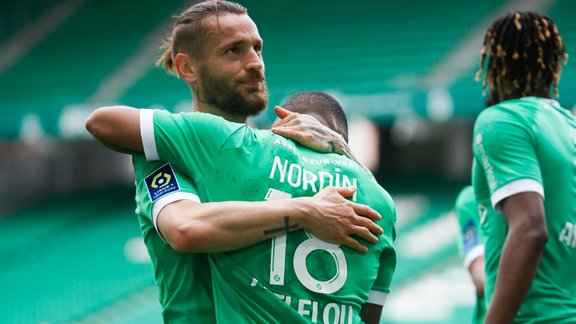 Having been unable to extend his contract at ASSE, Mathieu Debuchy opened up about his departure by revealing the roles of Claude Puel and Roland Romeyer.

Although he was named captain of the ASSE by Claude Puel last season, Mathieu Debuchy was unable to benefit from a contract extension. The now former right-back of the Saint-Etienne club who plays at Valenciennes now, has not been able to see his wish granted to extend in the Forez. A regret for the former French international who did not hide his desire to continue at ASSE , but who had to resign himself because of the position of Claude Puel , the coach of the Greens who refused to offer a new contract to Debuchy.

“It's special, because I learned about it the last week I think, 3 days before the last game, in Dijon. I was summoned 3 days before the end, in the president's office, with Roland, with the coach and Soucasse and therefore the coach told me that he did not intend to renew my contract the following season. It was a definite no, it was his choice, I don't think it was the president's choice. But that was his choice and his message matched what you were saying, was that he didn't see me on the bench because he would have put me on the bench next season. He said I wouldn't have accepted that position. I told him that maybe I was going to start as a substitute but that I know that I will contribute to this team and that I will find a place and that I will play games. I was convinced of that, and that I will regain my starting position. That's what I told him, it's up to me, I told him what I thought “. Mathieu Debuchy told Sainté Inside in an interview broadcast on the media’s YouTube channel and in comments reported by Peuple-vert.