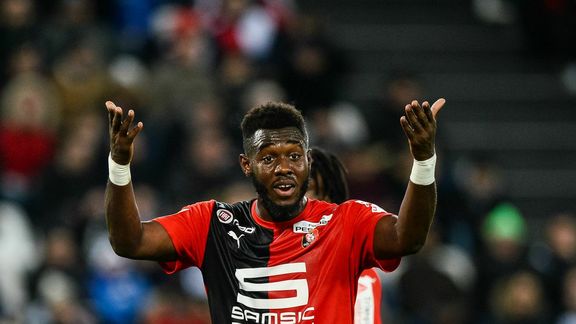 ASSE's first winter recruit, Joris Gnagnon has not finished with Sevilla FC. The defender has not managed to find an agreement with his former club and should find his leaders in court.

ASSE already knows the identity of his first winter recruit. Free since leaving Sevilla FC last September, Joris Gnagnon have signed with the Saint-Etienne club until the end of the season, although the Greens have yet to formalize the operation. “Joris (editor's note Gnagnon) comes to have playing time, to bring us his quality of defender and especially in a period where we will surely be lessened by absences given the CAN. Until then, he needs to rebuild his physique and gradually become competitive again. There you go, it's good to have him there, even though he's been having trouble. He was quite impacted for months by the Covid and therefore it had a great impact on him and we will have to go very gradually with him, ”Claude Puel indicated at a press conference.

Gnagnon did no agreement with Sevilla FC

But before devoting himself fully to his stint at ASSE, Joris Gnagnon must find common ground with his former team, Sevilla FC . Last September, the Spanish club took the decision to fire the defender because of his slight overweight. As El Diario de Sevilla explains, a mediation took place between the Andalusian club and Gnagnon last Tuesday, but the two parties failed to reach an agreement and should find themselves before the Social court.