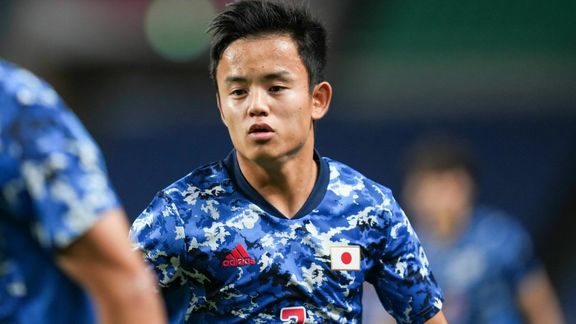 Loaned by Real Madrid to Mallorca until the end of the season, Takefusa Kubo did not hide his desire to win in the squad merengue.

Recruited by Real Madrid during the summer of 2019, Takefusa Kubo never got his chance in the first team. Nicknamed “the Japanese Messi”, the 20-year-old has been on loan in recent seasons. Passed by Getafe and Villarreal, Kubo put his bags down in Mallorca during the last summer transfer window. Absent from the field in recent weeks due to a meniscus injury, the Japanese international stood out this Saturday in the match against Atlético in the league.

“If I can help Real Madrid, it's better”

Entering during the second half, Takefusa Kubo allowed his team to pocket the three points thanks to to a goal scored in added time (1-2). Asked about his game, the young striker made no secret of his desire to win, one day, in the jersey of Real Madrid . “I'm 100% with Mallorca, but if I can help Real Madrid it's better,” Kubo said in comments reported by El Chiringuito.