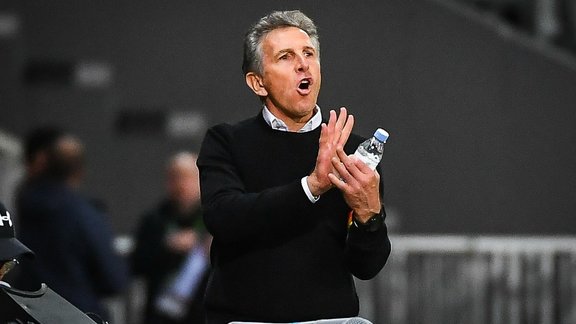 In its Monday edition, the daily L'Equipe reveals that despite the heavy defeat against Strasbourg, which installs the Greens solidly in last place in the standings, Claude Puel should still be present on the sidelines during the reception of Angers Friday evening, some media affirming that the club did not have the means to assume its dismissal.

The phenomenon is not new…

If the direction of ASSE did not thank Puel it is indeed that it postpones the deadline as much as possible because of its cost, which would further weaken the club's budget, which is already in great difficulty. The problem, moreover, is not new. The Saint-Etienne staff have already considered on several occasions to part with their trainer, but without ever going to the end for financial reasons. It therefore seems logical that the situation should happen again. It remains to be seen until when because this time the Greens' position in the standings becomes more than alarming.