Mercato | Mercato – Barcelona: A big announcement imminent for the post-Koeman? 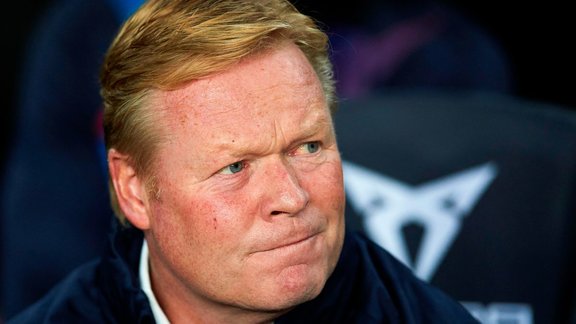 On the night of Wednesday to Thursday, Joan Laporta announced the ouster of Ronald Koeman. While his new coach should not arrive until after the international break, on November 6, the president of Barça still intends to unveil his name on Thursday.

Ronald Koeman will not be on the bench of FC Barcelona this Saturday against Alavés. After the new defeat of the Barça against Rayo Vallecano this Wednesday evening, Joan Laporta formalized the departure of the Dutch coach. According to the latest information from the Spanish press, Xavi would be the priority of the Catalan president for the succession of Ronald Koeman. And while waiting for the Spanish coach to terminate his contract with Al-Sadd, Albert Capellas should ensure the interim on the bench of Barça according to Sport.es. Despite everything, Joan Laporta should announce the name of his next coach as of Thursday.

The identity of the new Barça coach revealed this Thursday?

Also according to Sport.es, Xavi would be the big favorite to take over from Ronald Koeman. However, he should not take the reins of FC Barcelona before November 6, or after the international break. However, this should not prevent Joan Laporta from formalizing the arrival of his new coach on Thursday. Indeed, the president of Barça intends to make an XXL announcement in the coming hours, and this, because he would not want to be without a coach for a single day.