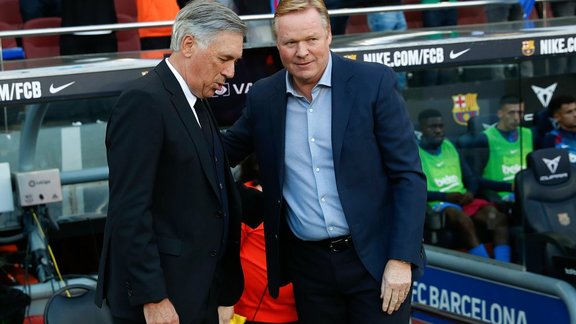 After yet another defeat for FC Barcelona this season (against Rayo Vallecano, 1-0), Joan Laporta decided to get rid of by Ronald Koeman. A choice made official on the club's website overnight from Wednesday to Thursday. “FC Barcelona sacked Ronald Koeman from his position as coach of the first team this evening. Club president Joan Laporta informed him after the loss to Rayo Vallecano. Ronald Koeman will be sacked from the squad on Thursday. FC Barcelona would like to thank him for his services and wish him the best in his career ”, we can read.

“It happened to me often and I'm still alive”

Present at a press conference after the draw between Real Madrid and Osasuna (0-0), Carlo Ancelotti reacted to the ouster of Ronald Koeman at FC Barcelona. “It has happened to me often and I'm still alive. I'm always happy … That's how the life of a coach is. The most important thing is to have a clear conscience because we gave everything, and I'm sure (Ronald) Koeman did it until the last moment. Then you have to get up … life goes on, ”said the coach of Real Madrid shortly before the publication of the official press release of Barça.