A new German crack in the sights of Joan Laporta? 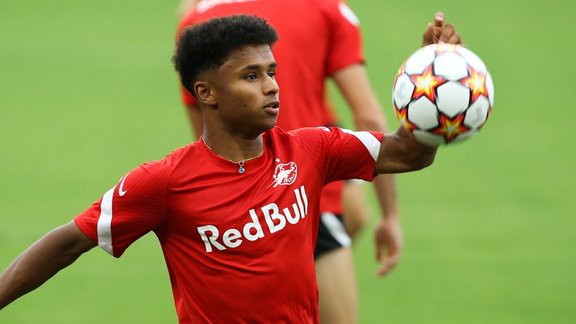 In search of offensive reinforcements, FC Barcelona have been following for a few years a player who plays at RB Salzburg .

Since 2017, the attacking sector of FC Barcelona has been undergoing major construction. Indeed, the Catalan club have never succeeded in replacing Neymar, who left for PSG after four seasons in Liga . And after the departure of Antoine Griezmann and Leo Messi this summer, Barça must think about enrolling new players in this sector despite the arrivals of Memphis Depay and Sergio Agüero this summer. And it is with this in mind that FC Barcelona would closely follow a player from RB Salzburg , who is moreover a long time.

Indeed, FC Barcelona would admit to Mundo Deportivo following the situation of Karim Adeyemi , 19-year-old center-forward. A real pool of talent for having already hatched Erling Haaland , RB Salzburg seems to have a new nugget in its workforce, this one seduces Barça . “He’s a very interesting player. And he is very good, ”one would say within the Blaugrana. Nevertheless, it would still be very hasty to imagine Karim Adeyemi join Camp Nou now. Indeed, still according to Mundo Deportivo, some internally would have doubts about its ability to adapt to a positional game, knowing that Red Bull has a real development plan with its player 19 years old: one year as a youth in Salzburg to play in Youth League , another year in the Austrian second division – Liefering – for himself train with the first team and, once he has settled down well at Red Bull Salzburg , a final transfer to RB Leipzig . So to say that it will absolutely not help for FC Barcelona to recruit him. Two years ago, the Catalan club would have already tried it, but the price of € 8m claimed was considered to be out of the market. In short, everything indicates that this target has, at least in the short term, nothing concrete for Barça .