This revelation at 10M € that could save Koeman! 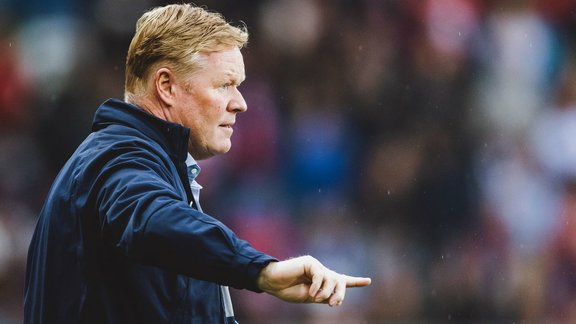 Although Joan Laporta seems to have the urge to part ways with Ronald Koeman, Barca’s economic problems make the Dutchman’s dismissal impossible.

< p> The crisis is already brewing on the side of FC Barcelona . And for good reason, Ronald Koeman finds himself in a more than delicate situation. His relationship with Joan Laporta has clearly deteriorated in recent days at the end of a more than eventful summer on the transfer market, with in particular the departure of Lionel Messi . And the humiliation suffered by Barça for its entry into the running in the Champions League against Bayern Munich (0-3) has not at all fixed the situation of Ronald Koeman , on the contrary.

But while the technician Dutchman seems more than ever in the hot seat, he could be saved … by the economic problems of FC Barcelona . And for good reason, as revealed by OK Diario, if Barça intends to part with Ronald Koeman , whose contract runs until next June, it will cost around € 10M in severance pay. Which is obviously impossible for the Blaugrana club in the current context. Joan Laporta wants to save money, and such an expense is not part of this strategy.