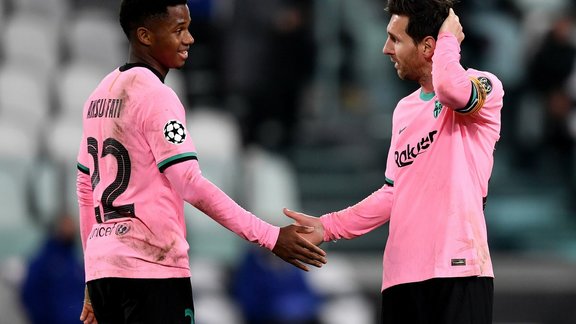 While he inherited the number 10 from Leo Messi this summer, Ansu Fati ensures that it is not an additional pressure for him.

Last August, Leo Messi left FC Barcelona at the end of his contract. The Catalan club were indeed unable to extend him due to financial worries and therefore had to resolve to see the man who had been their providential man for so many years leave. At the same time, it was youngster Ansu Fati who inherited the number 10 left vacant by the departure of the Argentina international. And the day after his extension until June 2027, the FC Barcelona striker was invited to express his feelings about endorsing this famous number 10.

“It's true that Leo and many players have worn the 10, but I'm calm, I know what I can bring to the team . For me, there is no pressure, no one is going to be like Leo, nor like Puyol or Xavi. I will make my own way, ”explained Ansu Fati in an interview with BarçaTV and in comments reported by Mundo Deportivo.