Published a trailer for Halo Infinite, dedicated to the features of the PC version of the game 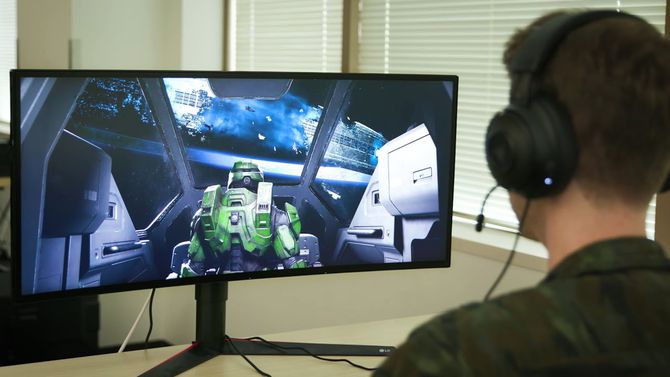 343 Industries has unveiled a new trailer for the shooter Halo Infinite. He talks about the features of the PC version in more detail.

The developers promise support for ultra-wide monitors, ray tracing, LAN party mode (for devices connected by a local network) and cross-saving between PCs and consoles. The latter applies to both campaign and network progress. LAN party is also possible for both PC owners and players with consoles.

The developers have also announced a collaboration with Razer and AMD. The latter, in honor of the release of the shooter, introduced the Radeon RX 6900 XT Halo Infinite Limited Edition video card, which cannot be purchased in the usual way. The distribution of cards will take place on the social networks of the companies. Razer, in turn, introduced themed peripherals, including keyboards and mice, made in the style of Halo.

Halo Infinite is scheduled to release on December 8th on PC, Xbox One and Series S / X. Earlier it was reported that 343 Industries had to postpone the release of two Halo Infinite modes to a later date, so that the game could be released before the end of 2021.