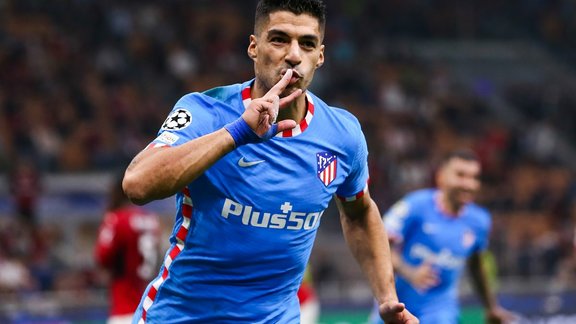 While no longer in FC Barcelona's plans, Luis Suarez was pushed out by Josep Bartomeu and Ronald Koeman. Transferred to Atlético de Madrid, El Pistolero does not regret his choice to have joined the Colchoneros. However, he still resents Barça for selling him in this way, especially since he still does not understand why he had to pack his bags in the summer of 2020.

Author of a season Disastrous 2019-2020, FC Barcelona had to reinvent itself. To give new impetus to the Catalan club, Josep Bartomeu has therefore decided to revolutionize its organization chart and its workforce. Thus, several leaders and several players have been invited to leave Barça. This is the case, for example, of Luis Suarez, transferred to Atlético during the summer transfer window of 2020 Asked by ESPN about his departure from FC Barcelona, ​​El Pistolero regretted the conditions in which he was pushed towards the exit. “I regret the way it turned out. As I explained, if you have a player who has been at the club for ten years, the third top scorer, the president, or the coach, could have warned me. We could have met one day to have the situation explained to me. It would have been better, it would have been totally different. But a week before, the media had already announced: “They will tell Luis Suárez when he leaves”. Suárez this, Suárez that. So I already knew that. And when the coach called me to tell me that I was no longer in his plans, it hurt me, ”complained Luis Suarez, before complaining about the underside of his departure.

“I tried to terminate my contract, because the club didn't want me anymore and I was at an age where no one wanted to pay for me. Everything was ready for the termination of the contract and I was going to sign at Atlético. And the coach said: “I have already told the president that if he does not make up his mind tomorrow, Sunday, against Villarreal, I am counting on you”. I said, “How can you count on me if I wasn't in your plans?” (And he replied) “You weren't, but now you are.” I did not understand if I was not in the plans of the coach, or if it was the board of directors who did not want me anymore ”, confided Luis Suarez.

“When the coach called me to tell me that I was no longer in his plans, it hurt me”

Now at Atlético , Luis Suarez is happy with the Colchoneros and thrived both on and off the pitch. During the same interview for ESPN, which will appear on Saturday, the Uruguayan international therefore took the opportunity to send a strong message to the club led by Diego Simeone. “At the end of the season, I was distinguished with Atlético, scoring the winning goal and winning the Spanish championship. This is priceless, I thank Atlético for opening its doors to me, ”said Luis Suarez.