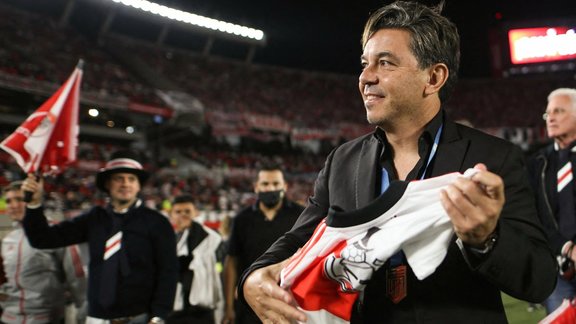 Despite his involvement with Qatari club Al-Sadd, Xavi took over as manager of FC Barcelona to succeed Ronald Koeman. But before betting on the former Spanish midfielder, Joan Laporta was considering another profile.

After the bad start to the season of FC Barcelona , Joan Laporta decided to parting with Ronald Koeman, already in the sights of President Blaugrana for several months. Many names were quickly mentioned to succeed the Dutchman, but it was ultimately Xavi who was chosen by Barça . A profile that has won unanimous support in Catalonia, as the former Spanish midfielder has marked the history of the club as a player. However, Joan Laporta had another idea in mind before naming Xavi .

According to information from journalist Fabrizio Romano , Joan Laporta was considering handing over the reins of FC Barcelona to Marcelo Gallardo in October last to replace Ronald Koeman . The Argentinian was indeed on the Blaugrana shortlist alongside Roberto Martinez , before Xavi was finally chosen. Currently at River Plate , Marcelo Gallardo should now continue his adventure with the Buenos Aires club by extending his lease running until next December.