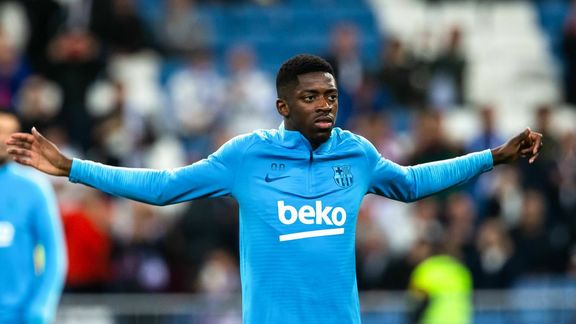 Linked to FC Barcelona until the end of the season, Ousmane Dembélé would not close the door to a contract extension, but would like his leaders to improve their initial offer.

The Ousmane Dembélé file has been featured for several months among the priorities of Joan Laporta . The president of FC Barcelona speaks regularly with the winger's entourage to discuss a contract extension. But for now, no agreement has yet been reached. “We have been talking with Ousmane Dembélé for months, they know what we are thinking. His desire is to continue at Barça, his agents too and they are keeping an eye on the project. I know that he is happy with the arrival of Xavi, I am especially optimistic for Dembélé and I hope that he will continue ”recently indicated the director of football of FC Barcelona Mateu Alemany . For his part, the player would not favor a departure.

Dembélé asks for a bigger salary from his leaders

Despite discussions that drag on, Ousmane Dembélé would like to continue his career at FC Barcelona and extend his contract according to information from Foot Mercato. However, the world champion has reportedly let his managers know he was not satisfied with the latest offer. The player would feel he deserves a bigger salary and want his managers to improve their offering. Otherwise, Ousmane Dembélé could consider a departure at the end of the season, especially since he would have received an important proposal from a Premier League team .