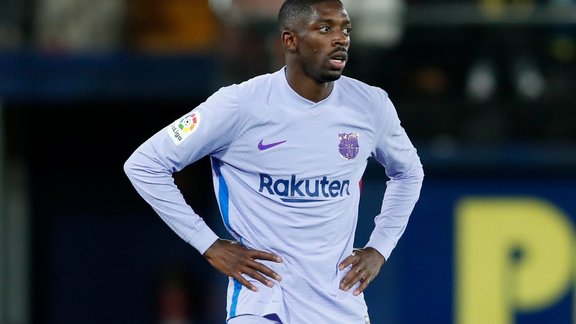 At the end of his contract next June with FC Barcelona, ​​Ousmane Dembélé would have announced behind the scenes that his priority was to stay within the blaugrana club.

Since his arrival on the bench of FC Barcelona , Xavi never ceases to extol the merits of Ousmane Dembélé . Present at a press conference in recent days, the Spanish technician has also reiterated his desire to keep his French international. “I had a one-on-one discussion with him, I made him understand how important he was to me, not only for this season but also for the future. It's up to him to decide. I hope he can renew his contract because he is a player capable of making a difference in the years to come. I talk to him, I don't know his entourage, it's up to him to decide, ”Xavi confided. A visibly reciprocal desire.

Dembélé wants to stay at Barça

Indeed, according to information from SPORT, Ousmane Dembélé , whose contract ends in next June, reportedly announced to his management that his priority is to extend to FC Barcelona . He wants to stay in Catalonia where he feels good and wants to establish himself as the leader of the Xavi project. With the departures of Lionel Messi and Antoine Griezmann , the former Rennais clearly has the capacity to establish himself as the offensive leader of Barça s 'he manages to put aside his physical glitches. But time is running out since from January 1, Ousmane Dembélé will be free to discuss with the club of his choice. And given the economic problems of Barça , we must not wait to find an agreement …