Mercato | Mercato – PSG: Leonardo receives a new strong signal for this move at 0 €! 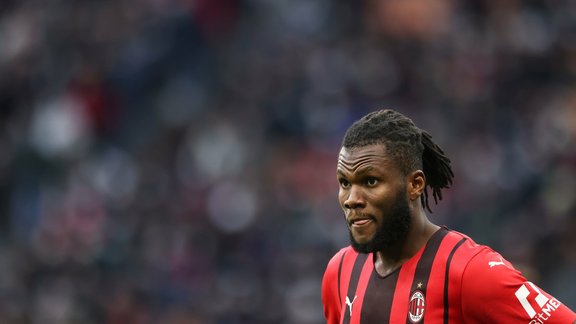 Paolo Maldini spoke about the future of Franck Kessié, whose contract with AC Milan is approaching the end and which seems to be of great interest to PSG.

This summer, Leonardo showed all his talent by recruiting several big names at Paris Saint-Germain without spending a single penny in transfer fees. This could continue, since the sporting director of PSG is already working on several files, in particular with Franck Kessié. Already approached when he was playing at Atalanta , the Ivorian is at the end of his contract at AC Milan and seems more than attracted by an adventure at the foreigner. Several Premier League clubs are reportedly on the move, but Italian media have suggested that Kessié have a soft spot for Paris Saint-Germain.

“We are still working on it, there are negotiations and as long as there is time there is hope”

Contacted by Sky Sport Italia, Paolo Maldini took stock of the winter transfer window of AC Milan and in particular on the extension of Franck Kessié. “Honestly our team is competitive and at the moment we have no intention of doing anything and I don't think we will do anything else,” said the Milan technical director. “For extensions, we are still working on it, there are negotiations and as long as there is time there is hope”.