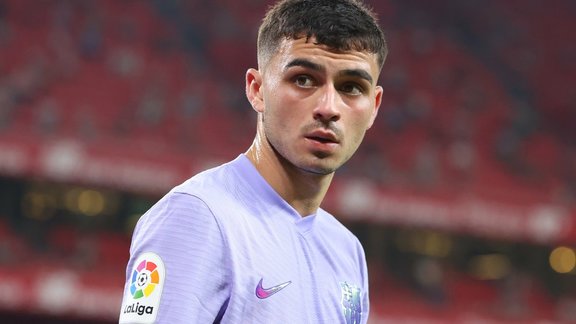 A real phenomenon of last season with FC Barcelona and the Spanish selection, Pedri (18) would be very close to extending his contract with the club blaugrana.

With the inevitable departure of Lionel Messi for financial reasons at the beginning of August and tensions with Ronald Koeman as well as rumors about a contract extension of the coach of FC Barcelona , Joan Laporta has been going through hectic weeks at the head of the blaugrana club. The president of Barça would however focus on two hot issues in order to secure the future of two great nuggets of FC Barcelona namely Ansu Fati and Pedri. Regarding the heir of number 10 of Lionel Messi , Mundo Deportivo recently let it be known that FC Barcelona would struggle to come to an agreement with their agent Jorge Mendes at the level of the duration of the contract of Fati which will expire next June.

An extension soon to be completed for Pedri?

What about Pedri ? The 18-year-old midfielder is set to extend his contract with FC Barcelona which runs until next June, but in which an option of two more seasons is included. All the details would be almost agreed between the two parties for an officialization which could take place in mid-October. It remains to be seen whether everything will turn out the way FC Barcelona wants it.