Mercato | Mercato – Barcelona: Gerard Piqué comes out of silence for the return of Dani Alves! 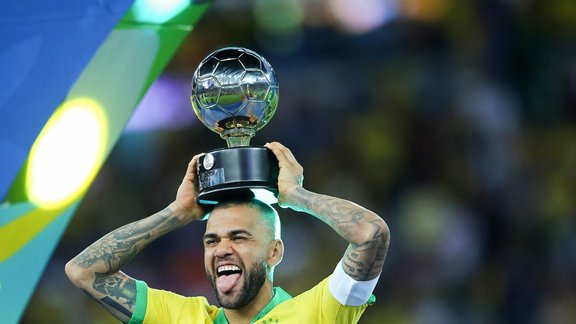 While Dani Alves has offered his services to FC Barcelona, ​​Gerard Piqué has spoken out about a possible return of his friend.

After terminating his contract with the São Paulo club, Dani Alves is looking for a new challenge from the top of his 38 years, and it is at FC Barcelona that he would see himself bouncing back. A few days ago, the Catalan press announced that the former club right-back, also passed by Juventus and PSG , had offered his services to Joan Laporta . Information confirmed by Dani Alves in person, in an interview with Sport: “I said that when Barça need me and want me, I will be available to Barça, wherever I am. The affection, love and respect I have for this club is too strong. If Barça thinks they need me, the club can call me. I always think I can make a contribution anywhere, but even more so at Barca because of the number of young players they have now. “Among the Blaugrana, the return of Daniel Alves is not unanimous, a subject on which Gerard Piqué has spoken.

Present on Twitch this Monday evening with the streamer Ibai Llanos , Gerard Piqué mentioned a possible return of Daniel Alves to FC Barcelona , without however taking a clear position. “Dani Alves is a great friend and one of the best players in history. His return to Barça depends exclusively on the decision taken by the club, ”said the Spanish defender in remarks relayed by Mundo Deportivo. It remains to be seen what Joan Laporta will decide in this case.