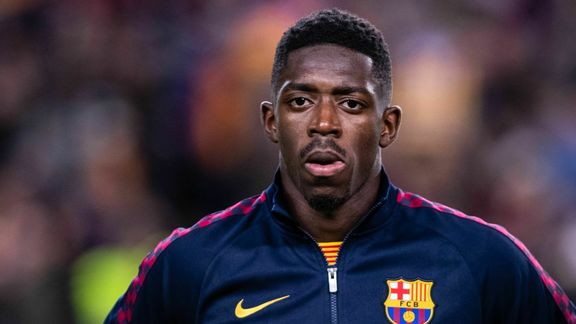 FC Barcelona would have tried to include players in the Ferran Torres operation and would have offered Manchester City the services of Ousmane Dembélé, who is however discussing an extension with his club.

“He [Torres] is one of the players that we have our sights on, but there are many more. You have to wait and see how everything goes ”. Asked this Friday about the next winter transfer window, Joan Laporta confirmed the Ferran Torres track. Tied with Manchester City until 2025, the Spanish player has already found a full deal with FC Barcelona , but the English club would like to recover 70M € in this file. An amount far too important for the Blaugrana formation, which would have tried to include players in the operation Torres .

Barça offered the services of Dembélé to Manchester City

According to Marca's information, the leaders of FC Barcelona do not have the means to pay this sum to Manchester City. In order to lower the price of Ferran Torres, the Catalan club would have offered Citizens an exchange. Joan Laporta would have liked to use Philippe Coutinho, Clément Lenglet, Samuel Umtiti, but also Ousmane Dembélé as currency. This is surprising information since Dembélé has been discussing a contract extension with FC Barcelona for several months. However, this proposal was refused by Manchester City because neither of these players interests him.