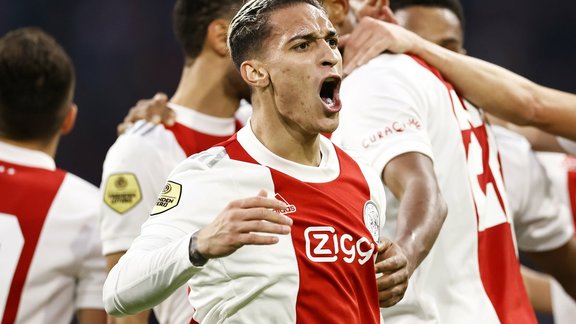 Seeking reinforcement, FC Barcelona would be interested in Antony, Ajax right winger. Joan Laporta would have received valuable advice in this case valued at 40M € by the Dutch club.

Faced with a very delicate start to the season, FC Barcelona would seek to reinforce. As a result, Joan Laporta would closely follow a few players in the transfer market. Besides Edinson Cavani and Hakim Ziyech , the Catalan club are also interested in Antony . Considered the “new Neymar The 21-year-old right-winger is said to be starting to make a name for himself in Europe. Several teams such as Liverpool , Manchester City or even Bayern Munich would also follow him. The president of FC Barcelona would have received valuable advice on this issue.

Guardiola advises Laporta to place himself on Antony, Ajax is claiming 40M €

According to information from El Nacional, Pep Guardiola would have advised Joan Laporta to position himself on Antony . Given the profile of the Brazilian, the coach of Manchester City would think that the 21-year-old would be a profile which could satisfy FC Barcelona . Ajax, meanwhile, are claiming € 40m to free Antony . It remains to be seen whether Barca will be able to afford the Brazilian's services as the Catalan club go through a major financial crisis.