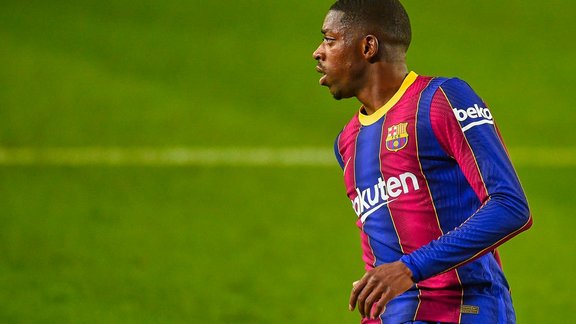 At the end of the contract on June 30, Ousmane Dembélé could leave FC Barcelona freely and for free. In the event that the French world champion fled the Catalan club in 2022, Joan Laporta would have to bet on Raheem Sterling to replace him.

While his contract will expire on June 30, Ousmane Dembélé has reportedly started negotiations with FC Barcelona to extend. However, as Mundo Deportivo reported on Thursday, the French striker has not given the Catalan club any news for just a month. While he suspected Ousmane Dembélé of playing the watch on purpose, Joan Laporta would have given him an ultimatum. Indeed, the president of Barça would expect an answer from his number 7 by the end of October. And if Ousmane Dembélé does not meet the deadline, Joan Laporta should look for alternatives. Moreover, the boss of FC Barcelona has already identified the successor of the French international.

Raheem Sterling, the worthy heir of Ousmane Dembélé at Barça?

Also according to Mundo Deportivo, Joan Laporta has been working for several weeks on the possibility of completing the signing of Raheem Sterling. At the end of the contract on June 30 2022 with Manchester City, the England international could therefore be the worthy heir of Ousmane Dembélé in the event of departure.