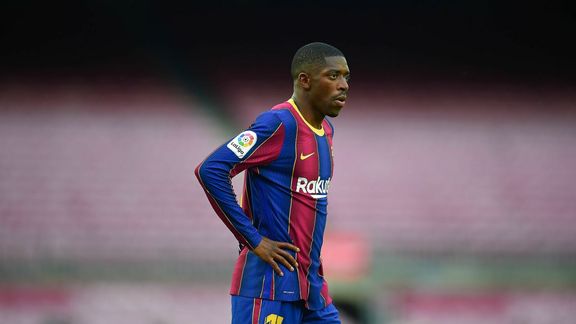 Joan Laporta would start to lose patience in the Ousmane Dembélé case and would have asked the player to respond to his proposal. Otherwise, the French international could stay in the stands.

Never two without three for Joan Laporta ? After extending the contract of Pedri and after having reached an agreement with the clan Ansu Fati, the FC Barcelona would like to extend the lease of Ousmane Dembélé. Asked about the future of the French international, Joan Laporta took stock of this issue. “There is a very good relationship with him, we are discussing with his agent. Ousmane wants to stay. He has a contract, he is a confirmed player and he has been with us for several years. We have tried to renew it. We knew he was in the last year of his contract, ”said the president of FC Barcelona . But behind the scenes, the situation would be particularly tense.

According to Sport information, Joan Laporta would start to s' annoy. The president of FC Barcelona sent an extension offer to Dembélé several days ago, but the latter would remain silent and still has not responded favorably to the proposal. . Eager to complete this file before the end of October, Joan Laporta reportedly asked the player to respond immediately. Otherwise, the Blaugrana manager could decide not to have him play and leave him in the stands when he is fully recovered from his injury.