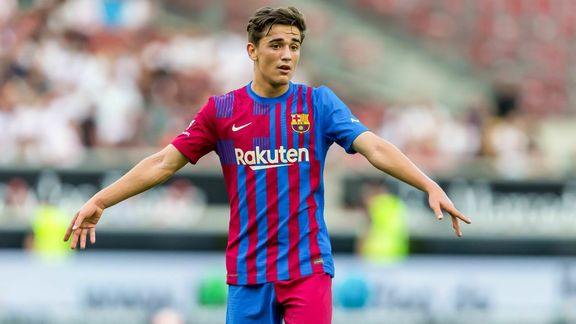 Barring a huge turnaround, Gavi should follow in Pedri and Ansu Fati's footsteps. The player should extend his contract with FC Barcelona until 2028 and see his release clause reach new heights.

Good news continues for FC Barcelona. After having secured the future of Pedri , the Catalan club would have managed to find a total agreement with the agent Jorge Mendes for the extension of Ansu Fati, seen as the future of Blaugrana squad. As Sport announces, the Spain striker will now be linked with FC Barcelona until June 2027 and his release clause will be set at € 1 billion. But according to the Italian press, Joan Laporta could announce another signing in the coming days.

Gavi will also extend with a clause at 1 billion euros

Announced in the sights of PSG by the Catalan media El Nacional, Gavi , another hope of FC Barcelona should extend his contract with the blaugrana club. According to information from Italian journalist Nicolo Schira , the 17-year-old has agreed to extend his five-year lease until June 2028. In addition, his release clause will also be reduced to 1 billion euros, just like Pedri and Ansu Fati . The PSG will therefore have to draw a line on Gavi .