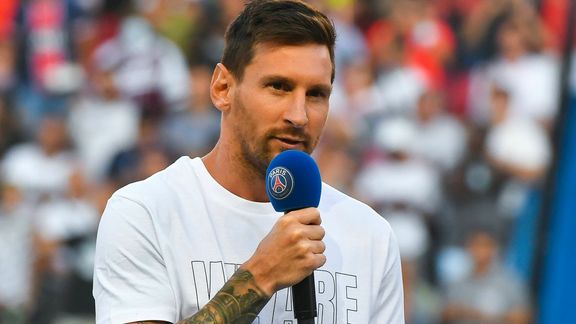 While the General Assembly of representatives of the socios took place this Saturday, Joan Laporta returned to the departure of Lionel Messi from PSG during the month of August.

Joan Laporta believed in it until the end. Elected to the presidency of FC Barcelona last March, the leader hoped to extend the contract of Lionel Messi , despite the enormous financial difficulties of his club. A transfer that also wanted to avoid Javier Tebas , president of La Liga. The official wanted Laporta to agree to sign the agreement with the investment fund CVC Capital Partners in order to keep Messi. But in the end, FC Barcelona refused to sign and had no choice but to let the Argentinian player go to PSG.

“This moment had to arrive sooner or later, unfortunately”

During the General Assembly of representatives of the socios , Joan Laporta returned to the departure of Lionel Messi at PSG. “We did not have a salary margin and with the result of the audit, we realized that the inheritance received was not good. In an attempt to keep Messi, we should have agreed to a deal with an investment fund called CVC, La Liga told us. We could not accept it as it was worded. Messi couldn't wait any longer and understood it was time not to continue. This moment had to arrive sooner or later, unfortunately it is now, maybe a few years earlier than expected ”confided the president of FC Barcelona in remarks reported by Sport.