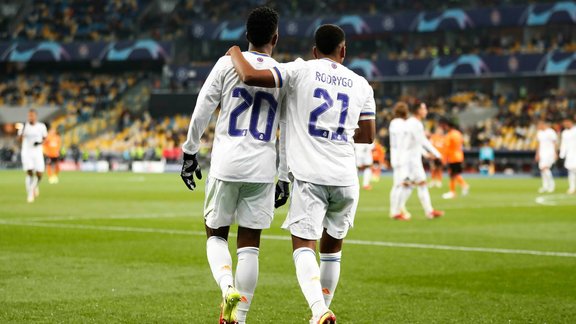 Former recruiter in Brazil for FC Barcelona, ​​André Cury reveals that the Blaugrana club were in the race to recruit Vinicius Junior and Rodrygo who finally signed up with Real Madrid.

The rivalry between FC Barcelona and Real Madrid are also found in the transfer market. Thus, the two clubs found themselves in particular in competition for Vinicius Junior . André Cury , former recruiter of Barça in Brazil, reveals at the microphone of Què T'hi Jugues, a program broadcast on Cadena SER, that “everything was complete for Vinicius at Barça. The player's two agents were very close friends. This problem already existed for us, but at the last second my friends betrayed me and the club. We haven't spoken since 2017 ”. And that's not all since the Catalans were also close to completing the arrival of Rodrygo .

Barça could have signed Rodrygo and Vinicius

“I never talked about Rodrygo, but when they betrayed us with Vinicius, I told them I had a more complete player: Rodrygo. We had everything sorted out with Rodrygo, but we didn't sign him because Barca didn't want to. His father was good to us. Óscar Grau and Pep Segura were in the office of President de Santos, but we did not close the deal. Barça did not want to sign him. And then Madrid went to look for Rodrygo, ”he adds. Finally, Real Madrid recruited the two Brazilians for 45M € each.