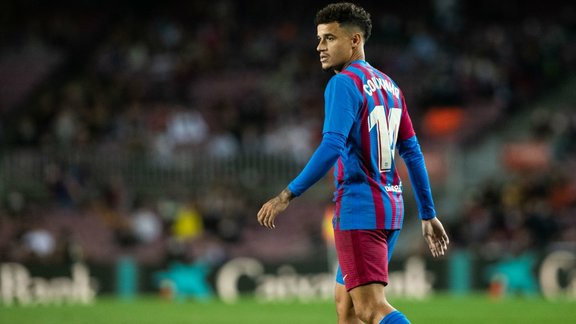 Since his arrival in January 2018 for the colossal sum of € 135M, Philippe Coutinho has never really succeeded in winning at FC Barcelona. After the ouster of Ronald Koeman, the Brazilian would no longer be part of Barça's plans.

Often announced on departure during the last summer transfer window, Philippe Coutinho finally stayed at Barça . The Brazilian had notably received the support of Ronald Koeman , the latter having insisted on keeping the attacking midfielder. Only here, the Dutch technician is no longer the coach of FC Barcelona since October 28, due to his ouster following the bad start of the season of the club culé. Consequently, the future of Philippe Coutinho at the Blaugrana would have become more uncertain than ever.

According to the information of Sport, Philippe Coutinho would have lost one of his only supporters in Barcelona after the dismissal of Ronald Koeman . The 29-year-old has taken his place on the bench since interim Sergi Barjuan took office. The Catalan daily adds that Coutinho should not have more playing time in the event of a possible arrival of Xavi , insistently announced in the sights of Barça to take a seat on the Catalan bench. Thus, FC Barcelona would like to get rid of Philippe Coutinho from next January, on the occasion of the winter transfer window.