Mercato | Mercato – Barcelona: The shattering revelation of the Spanish press on the future of Dembélé! 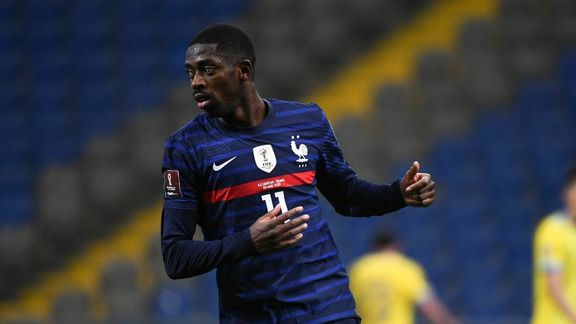 According to the Spanish press, Ousmane Dembélé would like to extend his contract with FC Barcelona. But his agent would have started discussions with Juventus, but also with Manchester United.

Things are heating up behind the scenes between Joan Laporta and Ousmane Dembélé ! On Tuesday, the Spanish daily Spot announced that the player has still not responded favorably to the extension offer sent by the leaders of FC Barcelona . A silence that would begin to annoy Joan Laporta , eager to complete this file before the end of October. The president of the club culé would have asked Dembélé to give him an answer immediately. Otherwise, the winger could take place in the stands and no longer tread the lawns of La Liga this season.

Meetings between the Dembélé clan and some European leaders?

However internally, Ousmane Dembélé would not hide his desire to extend his contract and continue his career in Catalonia. But according to Sport's information, his entourage would welcome a start. As the daily said, the leaders of FC Barcelona have proof that his clan has met members of Juventus and Manchester United these weeks to discuss a possible transfer. A news which did not expect Joan Laporta , optimistic until then in this file Dembélé .