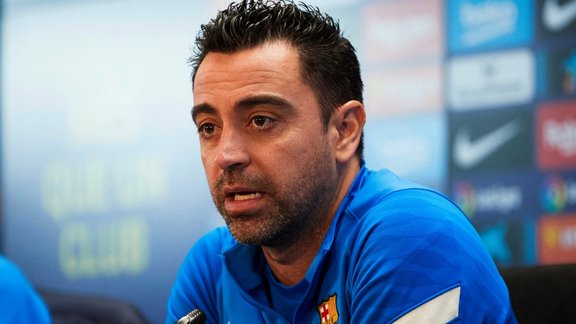 In search of reinforcements for the winter transfer window, FC Barcelona has been associated with many players in recent weeks. Nevertheless, Xavi assures him himself, Barça will have to sell first to take action in January.

The transfer window of FC Barcelona promises to be agitated next winter. While the club culé had a complicated start to the season under Ronald Koeman , Joan Laporta would count on raising the bar by strengthening the workforce of Xavi , inducted last November on the Catalan bench. However, because of the big economic problems of Barça , the president of the Blaugrana could well find himself obliged to sell before considering arrivals.

“If we want strengthen us, someone will have to leave because the economic situation is not good ”

In a press conference held this Friday, reported by Sport, Xavi confided on the next transfer window of FC Barcelona : “It is still too early to tell. The club is working to strengthen itself in the winter market. If we want to strengthen ourselves, someone will have to leave because the economic situation is not good. “Subsequently, the Catalan coach was asked about the potential profiles that Barça would target:” I prefer to talk about the players we have. If we have to sign in January, we'll talk about it. I am clear with the club and tell them what we need in each position. “