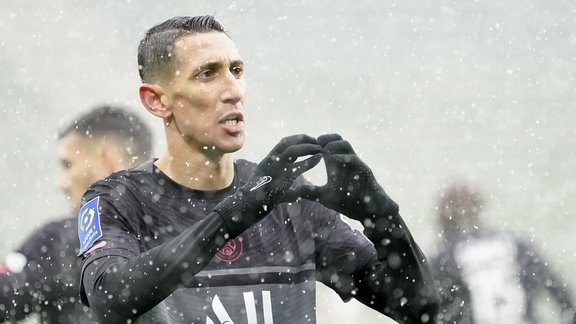 Currently in his last year of contract, Angel Di Maria can not imagine leaving PSG and wishes to extend as he has reaffirmed again on Argentine television.

Behind the MNM in the hierarchy of stars at PSG , Angel Di Maria nonetheless remains an essential element of the club of the capital. The Argentinian has managed to become the best passer in the history of PSG (113) in 276 appearances in the red and blue jersey and has never hidden his attachment to the Parisian team. However, the future of Angel Di Maria remains uncertain, as the Argentina international’s lease will end at the end of the season. While he has a clause in his contract to extend, the number 11 of PSG does not hide his preference for the rest of his career.

“The truth is that I want to stay”

During an interview with the Argentine channel TNT Sports, Angel Di Maria reaffirmed his desire to continue the adventure with PSG at the end of the season: “I have six months left and I should sign a contract for an additional year. The truth is, I want to stay, my family is very happy, my daughters are very happy at school. I said it on the website (of the PSG, Editor's note), I would like to leave here through the front door, and if I leave it is to go to Argentine football, I want to finish my contract. It remains to be seen whether Leonardo will agree to keep Angel Di Maria for an additional year.