Mercato | Mercato – Barcelona: Xavi back to Barça? He answers 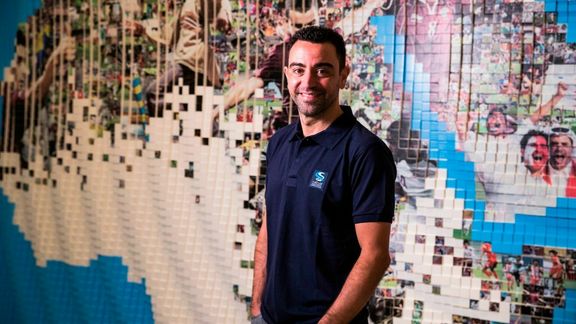 Asked by an Al Duhail player about his future and his more than likely return to FC Barcelona, ​​Xavi let the mystery hang.

The decision-makers of FC Barcelona are working hard to complete the succession of Ronald Koeman . The Catalan club wants to hand over the reins of its first team to Xavi , stationed at Al-Sadd. Mateu Alemany and Rafa Yuste, two leaders of the Blaugrana formation, went to the Gulf country on Wednesday to meet the officials of the Qatari club and discuss the future of Xavi. The two sides have not yet reached an agreement, but negotiations are expected to resume on Thursday. Especially since the former player did not hide his desire to join FC Barcelona : “Now the two clubs must negotiate, you know my position. I am very excited to be going home, hope this happens. It's coming back to Barça, coming home, it's exciting of course ”..

Xavi surely played his last game on Wednesday as coach of A l-Sadd against Al Duhail (3-3). At the end of the meeting, AlKass Channel monitored the former Spanish international and the microphones were able to capture a discussion between Xavi and Assim Omer Al Haj Madibo . “Are you leaving for Barcelona?” The A l Duhail player asked the technician. “I don't know,” replied Xavi, who could see more clearly about his future in the coming hours.