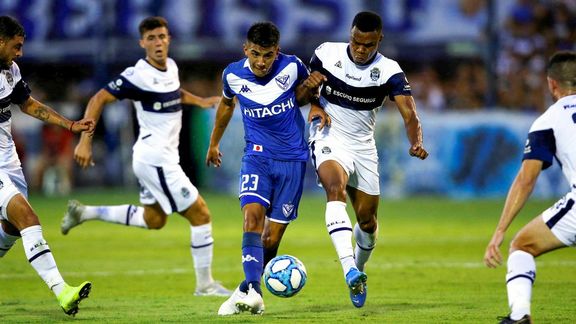 Announced as one of OM’s priorities this summer, Thiago Almada has finally stayed behind at Vélez Sarsfield. But the start would be for this winter for the Argentinian.

This summer, the OM had different priorities for its recruitment. One of Pablo Longoria's ideas was to find an attacking midfielder, in particular to support Dimitri Payet . If Amine Harit ended up putting down her suitcases on the Canebière, other names were mentioned on the side of the OM , starting with Thiago Almada . Heralded as one of the great hopes of Argentine football, the Vélez Sarsfield player was named one of the priorities of Jorge Sampaoli . In the end, Almada didn't budge and stayed on the Buenos Aires side.

“Everything is on track for December or January”

If Thiago Almada therefore stayed at Vélez Sarsfield this summer , the departure should be for this winter. In comments reported by TyC Sports, the Argentine made a big announcement on this subject, and unfortunately for OM , he does not take the direction of La Canebière, but rather of Atlanta . “It was about to happen a few months ago, but it was a bit late. Everything is on track for December or January. I thought about it with my family and my representative. I want to have a good season and have the opportunity to go to Europe, “said Almada .