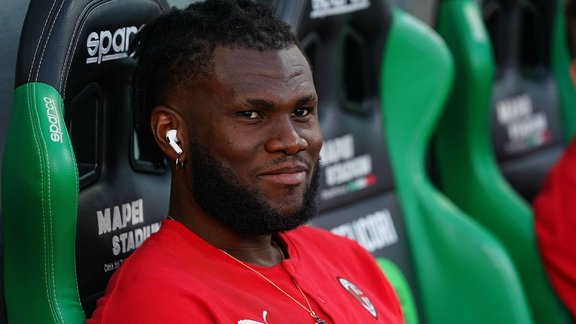 At the end of the contract next June, Franck Kessié would be on the shelves of PSG. And the Ivorian could see his departure from AC Milan be rushed, to the delight of Leonardo.

After having achieved one of the best transfer window of last summer, with in particular the arrivals of Lionel Messi, Gianluigi Donnarumma , Sergio Ramos or even Achraf Hakimi , Leonardo would continue to scrutinize the transfer market to the looking for new good deals. The sporting director of PSG would have positioned itself on several issues, including that of Franck Kessié . The Ivorian is out of contract next June and so far he has not extended. AC Milan are said to be considering some solutions if they disagree with the midfielder. In particular, the Milan club have considered not having him play until the end of the season. But the decision turning out to be a little radical, the resident of Serie A would look for another option.

A hasty departure for Kessié?

According to the information from Tuttosport, the management of AC Milan would think of another idea for the future of Franck Kessié . Indeed, the Rossoneri would consider parting with the Ivorian as early as January to prevent him from going free next summer if he does not extend his contract by the next winter transfer window. Leonardo could therefore recover the midfielder rather than expected. To be continued.