Mercato | Mercato – PSG: A new colossal threat for this announced successor of Mbappé? 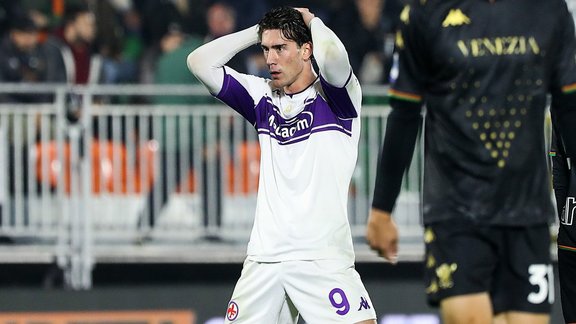 Performing for Fiorentina, Dušan Vlahović is said to have caught the eye of many clubs, including Bayern Munich.

If Europe is passionate about Erling Haaland, in particular Paris Saint-Germain as we revealed to you on le10sport.com, another young attacker starts to talk about him. This is Dušan Vlahović, of the same age as the Norwegian and rising star of Fiorentina. Via a statement, his club recently announced that Vlahović will not extend his contract and is therefore expected to be sold by next summer at the latest. This necessarily alerted Leonardo, who would like to attract him to Paris Saint-Germain to compensate for a possible departure of Kylian Mbappé.

Bayern Munich is moving its pawns for Vlahović

Another club could, however, come and put a damper in the wheels of PSG. After Juventus, Tottenham and Borussia Dortmund, it was Bayern Munich who would have burst into the race against Dušan Vlahović. Sources close to Fiorentina have reportedly confirmed to La Gazzetta dello Sport the Bavarian club's approach, which may well seek a replacement for Robert Lewandowski in the coming months. The Pole is under contract until 2023, but several media have spoken in recent months of desire to leave … with PSG on the prowl!