Mercato | Mercato – PSG: A star of the QSI project announces the color for his future! 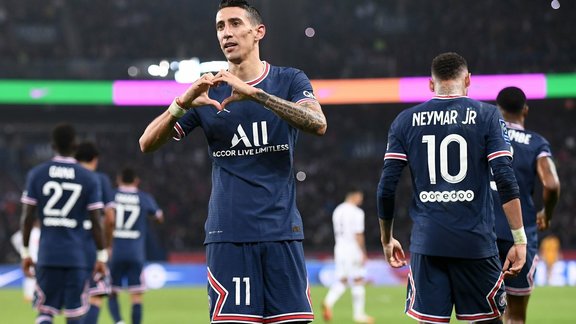 Arrived at PSG in the summer of 2015, Angel Di Maria displays a clear preference for his future, while his contract with the capital club runs until the end of the season.

With 276 appearances on the clock for 91 goals and 113 assists, Angel Di Maria has undoubtedly entered the history of Paris Saint-Germain, a story that could end in the coming months. While he extended last March, the Argentine is currently in his last year of contract and will therefore be free to join any club of his choice from January 1. However, Angel Di Maria never ceases to show his desire to continue his career at PSG , as he turns 34 next February and has a one-season extension clause. “I have a special affection for the club and the city. From the start I have felt at home here. The people are so nice inside and outside the club that I can't feel anything negative. Everything is favorable, impeccable and I am very happy, explained Angel Di Maria on RMC last week. I especially hope to have an extra year. “A strong message sent in the direction of Leonardo , that the Argentinian has launched again in recent hours.

Di Maria wants to extend … before heading to Argentina

Guest of the Argentine channel TNT Sports, Angel Di Maria presented the plan he had in mind for the end of his career. “I have six months left and I should sign a contract for another year. The truth is, I want to stay, my family is very happy, my daughters are very happy at school. I said it on the website (of PSG, Editor's note), I would like to leave here through the front door, and if I leave it is to go to Argentine football, I want to finish my contract ”, confides the PSG striker, then eager to return to his training club. “Rosario Central is always there, I always have it there … The ideal thing for me would be to retire to Central, to go there when I feel good, to be at my best to give them everything that Central gave me. It's football, sometimes I was here or I've been there, but I'm still here. In my head, I always think of going back, I have my friends, my family, there are these little messages about everything that is missing … You adapt to your life, to your family. It remains to be seen whether the return of Angel Di Maria will take place in the summer of 2022 or 2023, an answer which PSG has the answer …