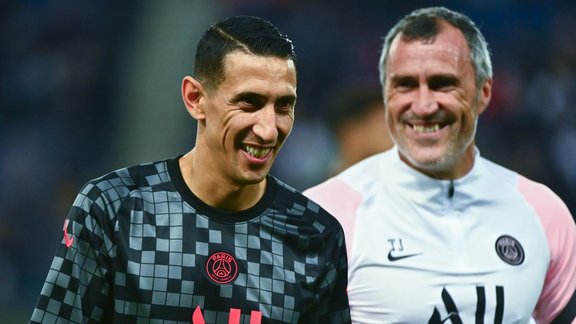 Asked to comment on his arrival in 2015 and his contract extension, Angel Di Maria could not restrain his emotion when discussing the well-being of his family in Paris for Téléfoot.

After a nightmarish freelance as he himself confided on several occasions, Angel Di Maria chose to leave Manchester United in the summer of 2015 in order to sign for PSG where he quickly entered the hearts of the fans and where he made a name for himself regardless of the competition he faced. A choice he admitted to not regretting in an interview with Julien Maynard . “Sign in Paris? Yes, it was the best decision of my life to come here ”. Here is the message that Di Maria conveyed to the TF1 journalist before giving himself over to his well-being in Paris and the reasons which led him to extend his contract at PSG .

“My family is very happy here”

“The city, the people … One of my daughters was even born here … And suddenly, I decided to stay two seasons extra when I was at the end of my contract because my family is very happy here. And it is for all these reasons that we are very happy “. said Angel Di Maria during an interview for Téléfoot which will be broadcast in its entirety on Sunday morning.