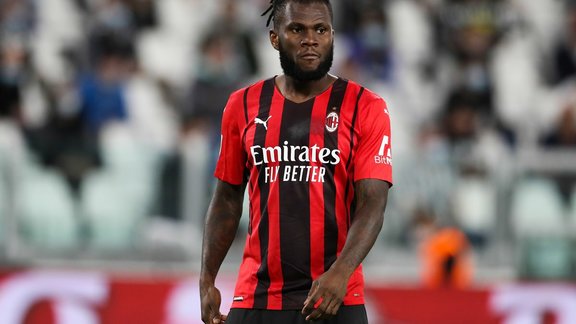 Free at the end of the season, Franck Kessié would be in the sights of PSG, who have already approached his entourage. However, FC Barcelona and Real Madrid are also reportedly eyeing the AC Milan midfielder.

A major element of AC Milan last season, Franck Kessié entered his last year of contract, and while an extension was initially discussed for the Ivorian international, the latter is finally heading for a departure. Indeed, his requirements would be considered too high by the Milanese management, which was already preparing his succession. Franck Kessié is spoiled for choice for his future, as many clubs are said to be willing to welcome him. According to the Italian press, PSG have already approached the player's entourage to discuss an arrival next summer, but the profile of Kessié is also very popular in Spain.

It could get complicated for Kessié

As AS explains this Friday, we could witness a Clasico on the transfer market between FC < strong> Barcelona and Real Madrid . Indeed, the two leaders of Liga would be fighting for several players for the next summer transfer window, and in particular Franck Kessié , which appears to be a huge opportunity because of its contractual situation. So PSG knows what to expect.