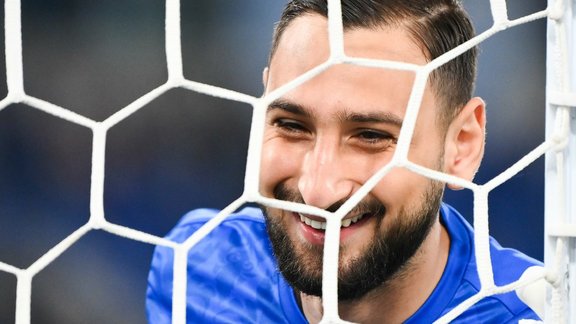 While the PSG went to look for Gianluigi Donnarumma this summer, Mauricio Pochettino ignites for this choice which however caused him headaches.

< p>This summer, PSG decided to jump at the opportunity that presented itself with Gianluigi Donnarumma whose contract with AC Milan was coming to an end. A market opportunity that Parisians did not want to let slip. It must be said that attracting the best player in the Euro without paying the slightest transfer fee is tempting. However, this choice has been widely commented on since the PSG already had a solid holder in his goals, namely Keylor Navas , recruited in 2019, and who came out of two very successful seasons and who had just extended until 2024. Despite everything, Mauricio Pochettino seems to have found the right formula and is delighted to be able to count on Gianluigi Donnarumma .

Pochettino underlines the “courage” of Leonardo

“Instead of saying that we lacked guts not to designate a number 1 and a number 2, I would prefer that we highlight the courage of PSG to have taken Donnarumma when he already had Navas and Rico (. ..) What if we designate a number 1 who plays everything and gets hurt? From the moment the club made the decision to recruit Donnarumma, who finished best player of the Euro, when he was a number 1 like Navas, there was no debate, we had to adapt. . Our responsibility has been to say: if you can compete and manage yourself that way, that's the best solution, “he says in the columns of L'Equipe.