Mercato | Mercato – PSG: Everything is decided now for Theo Hernandez! 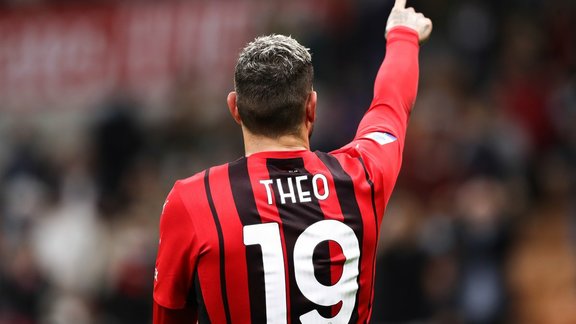 Rising star of French football, Theo Hernandez is breaking everything with AC Milan and it did not escape Leonardo, who would like to recruit him to Paris Saint Germain.

In a European football undermined by the health crisis, Paris Saint-Germain managed to pull out of the game this summer. Leonardo has indeed succeeded in snatching Achraf Hakimi from Inter , which finds itself in a catastrophic economic situation and which also had to sacrifice Romelu Lukaku, after saying goodbye to Antonio Conte. The sporting director of Paris Saint-Germain could repeat his move, but this time on the side of the AC Milan , a club he knows all too well. The brilliant performances of Theo Hernandez would be particularly appreciated within PSG, where we still got the loan of a Nuno Mendes which was announced a priori as a bet for the future. Several Premier League clubs are also reportedly eyeing the France international, but the main threat to Leonardo could come from elsewhere …

Paolo Maldini and Frederic Massara , respectively technical director and sporting director of AC Milan , do not want to be fooled by Paris Saint-Germain just a few months after the departure of Gianluigi Donnarumma . Thus, TMW announces this Tuesday that they would like to open negotiations with Theo Hernandez as soon as possible, to extend his contract which currently runs until 2024. The transalpine portal explains that his salary should be tripled and his contract extended until 2026 , to go with its status as a pillar of the project. A scenario confirmed by several sources in the wake, with Ismael Bennacer and Rafael Leao who should also be offered a long term contract by the Rossoneri.

Mino Raiola, the only hope for Leonardo?

The entourage of Theo Hernandez shouldn't really help Leonardo and Paris Saint-Germain. According to information from Sport Mediaset, the player's current agent is pushing for him to extend and s 'lasting at AC Milan , a club ready to offer it a central place in its project. Manuel Garcia Quilon would indeed be close to the Milanese leaders and would like to complete this file as quickly as possible, in order to avoid complications. The only solution for PSG could be … Mino Raiola! Still according to Sport Mediaset, the famous player agent would like to recover Theo Hernandez in his stable, where we find in particular Gianluigi Donnarumma and Marco Verratti. And if staying with Quilon would mean continuing with AC Milan , things would be totally different with Raiola, who would clearly lean towards a start.