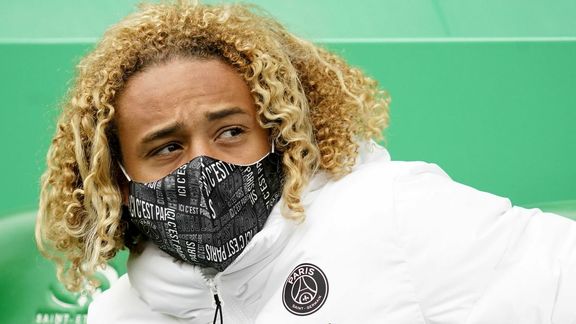 Struggling to have his chance with the PSG first team, Xavi Simons could therefore try his luck away from the Parc des Princes. And that's good, these are not the exit doors that would be missing for the Dutch.

By snatching Xavi Simons from FC Barcelona , PSG had made an interesting move. Although inexperienced at the highest level, the Dutchman was already a brand on his own. However, today this bet is far from paying off. Indeed, the former resident of La Masia has still not had a real chance to play with Mauricio Pochettino , who let him shine more with the U19s of PSG . A situation which inevitably throws a great chill on the future of Xavi Simons at PSG . The 18-year-old is in his last year of contract and a free start could therefore be looming. Unless he extends with the capital club, but for that, Leonardo will have to have the right arguments…

An extension to PSG?

While Xavi Simons does not play with PSG , this could therefore be a problem when considering an extra time. Indeed, recently, Fabrizio Romano explained that despite the discussions between PSG and Mino Raiola , agent of the Dutchman, no agreement had been find. And for good reason. The Simons clanwould require guarantees and in particular ensuring a presence within the first team in order to ensure playing time in the future. Is Leonardo then ready to answer that? According to the latest information from TeamTalk, the discussions would still continue behind the scenes and to satisfy the desire to play of Xavi Simons , the PSG would be ready to let him go on loan in January if he agreed to this new contract.

Xavi Simons could therefore continue his career at PSG , but he could also go free at the end of the season. And at this point, the Dutchman should be spoiled for choice as several leads have already been revealed for him, starting in particular with a return to FC Barcelona . Following the return of Joan Laporta , the Catalan club wants to give an important place to young players, so this could be the case with Xavi Simons , who knows the Blaugrana well, having attended the training center before going to PSG . But other avenues would exist since Manchester City would also be attentive to the Parisian's situation, while the Glasgow Rangers would be very interested in the idea of ​​offering Xavi Simons to his Dutch compatriot, Giovanni van Bronckhorst . To be continued…