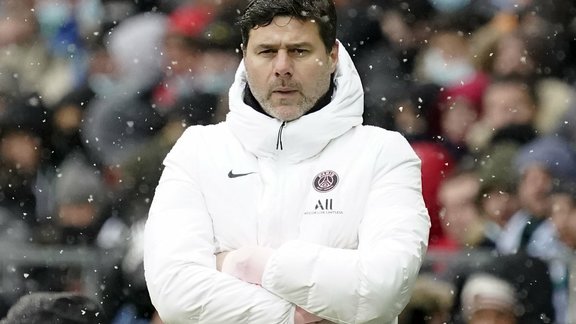 While the situation of Mauricio Pochettino has been making a lot of talk for some time within PSG, Morgan Schneiderlin has ensured the defense of his former coach.

Held in check by the OGC Nice at the Parc des Princes Wednesday night in the league (0-0), PSG made a rather disappointing copy overall, and this result will not work in Mauricio Pochettino's favor. The Argentine coach, who has been the subject of much speculation for several weeks with the option of Manchester United for next summer and his possible replacement by Zinedine Zidane , is not necessarily in a favorable situation for PSG . But Pochettino can count on unexpected support …

Schneiderlin stepped up to the plate for Pochettino

Questioned in the mixed zone on Wednesday evening after the match against PSG , the Nice midfielder Morgan Schneiderlin, who had been managed by Pochettino at Southampton , ensured the defense of the Argentinian coach: “I am a football player, I am not here to comment on the style of play of PSG. But what I can tell you is how I viewed my years with Mauricio Pochettino. Whether it was Southampton or Tottenham, he was someone who was appreciated for his style of play, his pressing, those things… So maybe today it's harder for him to play. apply here in Paris. But anyway he's a great coach, I have a lot of respect. They also have a lot of them in England and we must also have them here, ”said Schneiderlin .