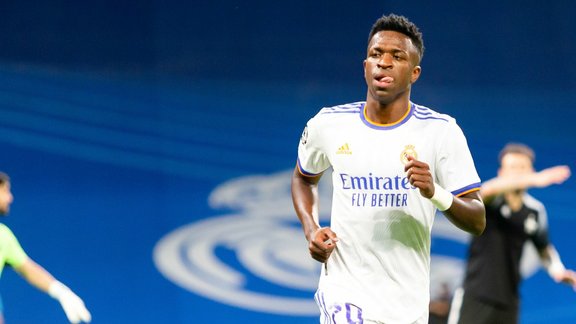 While he is indispensable to Real Madrid, Vinicius Jr appears as one of Leonardo's big crushes, who however never managed to its purposes.

Long criticized, Vinicius Jr finally seems launched. As he arrived in the summer of 2018 with nugget status, the Brazil international followed a string of irregular performances before establishing himself this season as an unmistakable starter, with 7 goals and 5 assists on the clock. What justifies the confidence of Florentino Pérez towards the player of Real Madrid , considered untransferable in recent years. Still, Vinicius Jr had no shortage of contenders, and PSG notably tried their luck with him.

Leonardo has multiplied the failures with Vinicius Jr

Vinicius Jr perhaps appears as one of the big failures of Leonardo in his leadership career if CalcioMercato.com is to be believed. And for good reason, the Italo-Brazilian is said to be a huge fan of the 21-year-old striker since his hatching at Flamengo and has tried several times to get his hands on him, to no avail. After a first failure during his time at AC Milan , Leonardo would then have tried his luck during his return to PSG , and this interest would still be relevant since the Parisian sports director would have tried to include Vinicius Jr in the operation Mbappé during the last summer transfer window . But among the Merengue, we are determined to keep the Brazilian.