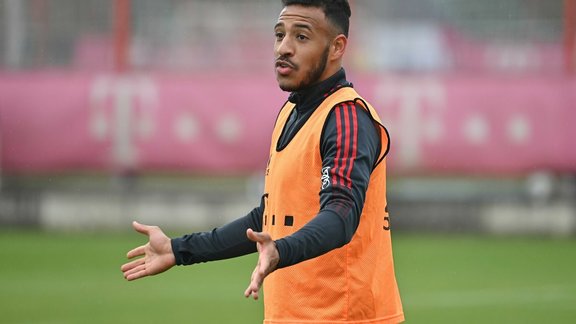 At the end of his contract in June 2022 with Bayern Munich, Corentin Tolisso could find himself free at the end of the season. Thus, the PSG would have recently checked the name of the Frenchman. However, Julian Nagelsmann seems to be counting on the midfielder for Bayern's future.

Leonardo could have taken a liking to big shots at 0 €. During the last summer transfer window, PSG had hit hard on the transfer market, securing the services of Georginio Wijnaldum , Sergio Ramos , Gianluigi Donnarumma and Lionel Messi without paying any transfer fee. And the PSG could well continue its momentum, since it would be interested in Corentin Tolisso. The Frenchman is in fact in his last year of contract with Bayern Munich and could find himself free at the end of the season. However, the Bavarians really appreciate the former OL …

Present this Monday at a press conference before the Champions League clash between Bayern Munich and Benfica, Julien Nagelsmann , the coach of the Bavarian club, sent a clear message to Corentin Tolisso : “Coco had many injuries, but trained well. That's why he started (against Union Berlin). His performance was absolutely good. He is a player that I like to have on my team. It is important that he is in good health. If he stays in shape, he will have a huge impact on our success. “The PSG is therefore warned.