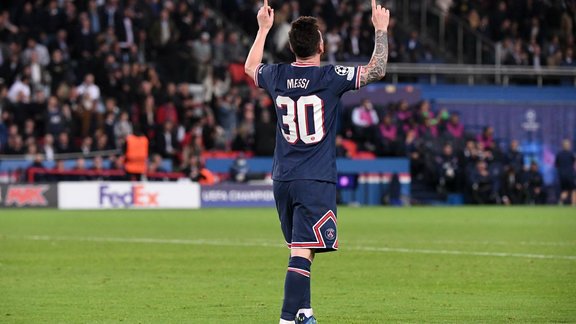 While he has been a Paris Saint-Germain player for almost three months now, Lionel Messi has confided all his joy to evolve within the club from the French capital.

Coming at the end of a contract that FC Barcelona was unable to extend despite his best efforts due to his finances in the red, Leo Messi joined Paris Saint-Germain at the start of August. The Argentina international is now linked with the capital club until June 2023, knowing he has an option in his contract to get another year. After having spent his entire career at Barça , the one nicknamed La Pulga has to get used to a new sporting and everyday life, which is naturally a great unexpected upheaval for him insofar as he was planning to extend to FC Barcelona originally. “It was a big change that I hadn't imagined, like I said back then. Fortunately I am installed, the children are already in school, we are more or less installed in the daily routine. We are happy, “said the Argentinian this Monday in the columns of SPORT.

“I enter into the dynamics of the club”

Like any upheaval, the time to learn new habits is sometimes complicated. And Leo Messi was not spared by these few difficulties as he explains in the columns of SPORT: “The bad times were at the beginning, when everything was suddenly, coming here, spending a month and a half in the hotel and what not. is not easy to do with the boys, who had already started school. We were in the city center and that made the traffic unbearable. It took us an hour to go to school and an hour to practice. The children could no longer be at the hotel. It was hard. At the same time, we tried to enjoy the experience of the city, to know everything a bit until we got home. This has improved everything ”.

But these few annoyances obviously do not lead Leo Messi to regret his arrival at PSG and in Paris . Above all, the 34-year-old striker is aware that he is playing in a top-level team, which fits in with his ambition to win a new Champions League . “PSG among the favorites for the Champions League? Yes. When I came here, that was one of the main reasons. When I made the decision to come to PSG, that was one of the reasons because the club has a large workforce, ”he explains in the columns of SPORT, while explaining being satisfied with his first weeks as a PSG player, a club in which he was able to quickly take his marks. “Since I arrived it’s like I’ve spent a lot of time in the locker room because I know a lot of the players, they speak Spanish and that makes it faster to adapt. Sportingly, it seems like it never really starts because I have a game with the national team every month. You can't settle down that you have to go back. This makes things more difficult, but little by little I am getting into the dynamics of the club ”, underlined the six-time winner of the Ballon d'Or .

“ The whole locker room has been incredible with me ”

It must be said that Leo Messi has not arrived in completely unknown territory to PSG . Indeed, he was able to meet his friends Neymar , Angel Di Maria and Leandro Paredes there., knowing that he knows Marco Verratti well. And alongside the first city and Kylian Mbappé , he forms a dream attacking trio nicknamed the MNM . And the Parisian number 30 clearly does not hide his joy of playing alongside them and learning to discover the 22-year-old French striker. “The whole locker room was amazing with me. It made it very easy for me. With Neymar, I have had a long relationship. With Kylian Mbappé at the start, it was weird because we didn't know if he was left. He was busy with his business. Fortunately, we are getting to know each other better, on and off the pitch. We understood each other very well. There is a good group, and a healthy group, in this locker room. It's very good, ”said Leo Messi with SPORT. It remains to be seen whether this magical trio will also be on the pitch in order to perpetrate PSG to win what they aspire to win round.