Mercato | Mercato – PSG: This huge update of the Ramos clan on its future! 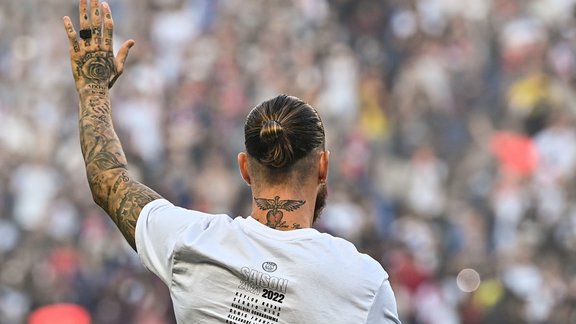 While the idea of ​​a termination of Sergio Ramos' contract would not be ruled out 100% within PSG, the entourage of the Spanish international wanted to make things clear on this point.

Arrived this summer at PSG after the end of his contract at Real Madrid , Sergio Ramos has still not been able to make his debut with the Parisian team due to his concerns at the calves. What if Leonardo affirmed that there is no concern within the club of the capital as this one knew where he put the feet by enrolling the Spaniard, the echoes which appear in the press are much less measured and suggest that the Fears are starting to mount at PSG as to the chances of Sergio Ramos to return to his best level. So much so that the idea of ​​terminating his current contract until June 2023 would no longer necessarily be utopian if we are to believe the information unveiled this Monday by Le Parisien.

This termination would obviously not yet be on the agenda, but it would therefore not be an option to be totally ruled out if things do not work out not soon. And for his part, following the information unveiled by the Ile-de-France media, the entourage of Sergio Ramos insisted on asserting to Mundo Deportivo that there is currently not the slightest discussion in order to 'study a hasty end to his adventure at PSG . For the time being, the player would therefore not be at all in favor of terminating his contract. It remains to be seen how things will evolve over the weeks…