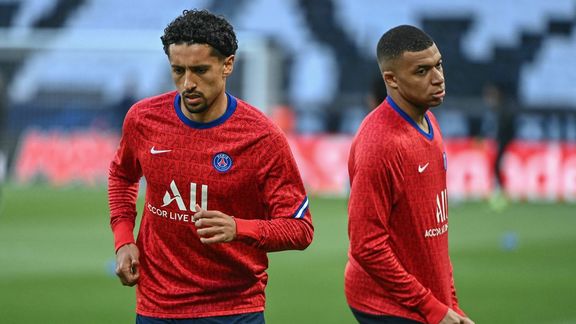 Marquinhos is delighted that Kylian Mbappé has remained in the capital this season and has spoken about his leadership qualities at PSG.

Eager to join the Real Madrid during the last summer transfer window, Kylian Mbappé finally made the decision to stay this season at PSG and to honor the last year of his contract. However, the Spanish club had tried everything in August, offering nearly € 180m to the Parisian leaders. Nasser Al-Khelaïfi and Leonardo did not wish to sell Mbappé, thus taking the risk of losing it for free at the end of the season. Asked about Mbappé , Marquinhos spoke about his choice and is delighted to be able to count on him.

“We are happy to have him with us”

“Does he seem like the boss?” He proves on the ground. For me, this is the best way to show that you are a leader. Kylian is a big date player, he's not afraid, he has the personality and the qualities to be there when you expect him. We are happy to have him with us. But in this team, no one is the boss as you understand it! We have leaders, important players, even those who play less are essential to our functioning. But I don't like to say that someone is THE boss. This is not my case even though I am the captain, neither that of Kylian, who is one of the great players of the team, nor of Neymar or Messi. We are all there for the team, to put ourselves at its service “confided Marquinhos in an interview with Le Parisien.