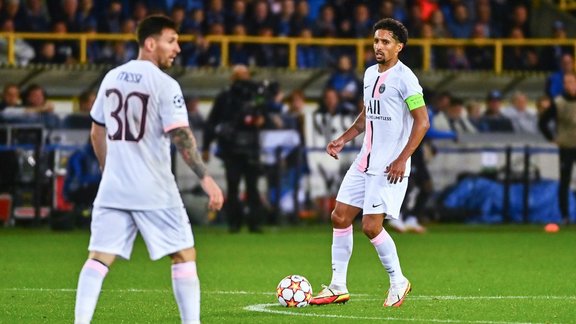 This Sunday, PSG travels to Marseille for the Classico. For the occasion, Marquinhos was keen to motivate his troops, especially the last summer recruits.

This summer, the PSG achieved a phenomenal transfer window by engaging the services of Georginio Wijnaldum , Achraf Hakimi , Gianluigi Donnarumma , Nuno Mendes , Lionel Messi and Sergio Ramos . Apart from the latter, again forfeit, all summer recruits will travel to Marseille this Sunday for the Classico. A meeting eagerly awaited by supporters of both camps, prompting Marquinhos to send a strong message to PSG players, and more particularly to the last reinforcements who are preparing to participate in their first Classico.

“If they realize it's not a date like the others ? (Smiles) We tried to get the message out to the new guys a bit that it was a different game. But to be honest, they already know that. This game is not only special for us, it is also for the fans. But I think a clasico weekend is not just a special weekend for Parisians and Marseillais, it is also for a good part of France. We just hope to take the opportunity to have a good game. With the crowd returning to the stadium, there will be a lot of atmosphere. We are ready to go for the three points, ”announces Marquinhos , in an interview with the Parisian.