Mercato | Mercato – PSG: Newcastle has already made a shattering decision for Mbappé! 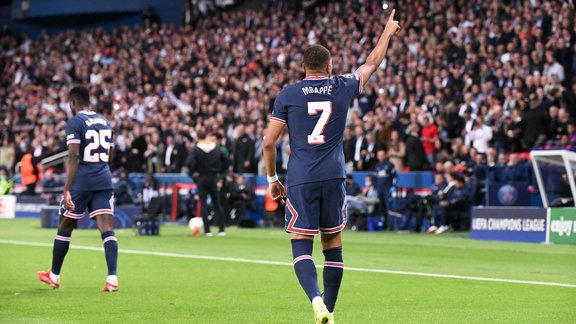 As Newcastle players opened the door for Kylian Mbappé to come, the Magpies manager made it clear about the PSG striker.

Since October 7, Newcastle has passed under the Saudi flag thanks to the takeover of the English club by the Saudi public investment fund. Since then, Magpies supporters have dreamed of the greatest players and the most historic trophies. On the first team side, Jonjo Shelvey and Javier Manquillo both recently knew that they would like to see Kylian Mbappé disembark at Newcastle . On paper, the English club would have its chances in this case since the contract of Mbappé with PSG will expire at the end of the season. However, if Kylian Mbappé did not extend his contract, it would appear to be destined to commit to Real Madrid .

Having been at the heart of the takeover of Manchester City in 2008 by the United Arab Emirates, the businesswoman with relations within the Gulf Amanda Staveley repeated this performance for Newcastle this fall and even became manager of the Magpies. And during a discussion with the editor of The Athletic and correspondent of Newcastle for the media, Staveley dismissed the operation Kylian Mbappé. “In a very joking sense, I said to Amanda Staveley when I spoke to her on the first day: So when are you going to sign Mbappé? She said, “No, we can't do that. You know it wouldn't do us any good right now. We have to be reasonable and we want to be sustainable ”. They are not just going to throw money away ”. said George Caulkin during his appearance on The David Ornstein Show.