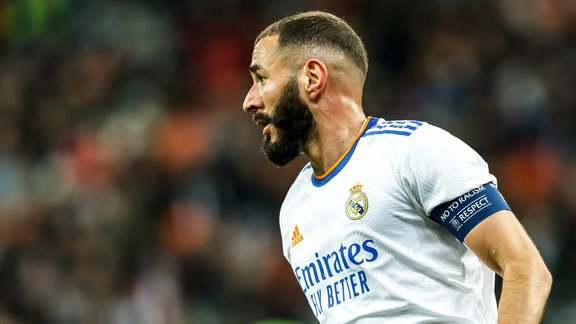 While the Clasico between FC Barcelona and Real Madrid will take place on Sunday, Gerard Piqué wanted to compliment Karim Benzema. The Catalan defender has notably praised the Frenchman's performance since Cristiano Ronaldo's departure from Real in 2018.

The Clasico will have a unique flavor on Sunday at 4:15 p.m. For the first time since December 23, 2007, this summit of the Spanish championship between FC Barcelona and Real Madrid will take place without Lionel Messi or Cristiano Ronaldo does not participate in the meeting. The Barça must do without the Pulga since his signing at PSG last summer. For its part, Real is now used to the absence of Ronaldo . Since the departure of CR7 in 2018, Karim Benzema has indeed been performing XXL in the Merengue jersey. For Gerard Piqué , the explanation would be quite found …

“The fact that Cristiano left left him a space to fill”

In an interview for Movistar, Gerard Piqué greatly highlighted the impact of Karim Benzema at Real Madrid since the departure of Cristiano Ronaldo : “I think the fact that Cristiano left gave him a space to fill and he filled it perfectly. He now has the peace of mind to define well. Karim is more than just a goalscorer. He has had some great seasons in recent years and we know how difficult it is. It's gonna be fun and we're gonna have a good time. “