Mercato | Mercato – PSG: OM, Classic… This revelation from Wijnaldum on his arrival! 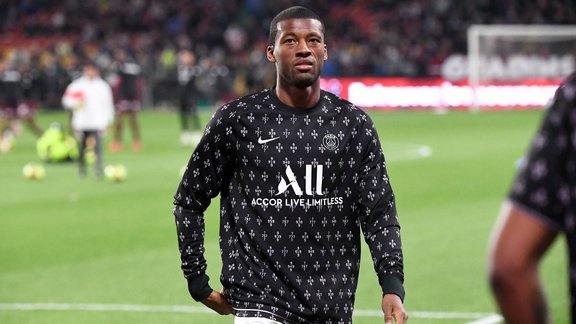 While he arrived this summer at PSG, Georginio Wijnaldum says he also came to the French capital for the matches against OM and the intensity of these.

That's what Sunday evening that the first match of the season between PSG and OM will take place. The Parisian club will travel to Marseille for this meeting counting for the eleventh day of Ligue 1 . And arrived this summer among the residents of the Parc des Princes , Georgino Wijnaldum does not hide all his haste to dispute this clash against the men trained by Jorge Sampaoli , the Dutch international not hesitating to say that these Classics between OM and PSG were one of the parameters that motivated him to join the Ile-de-France club.

“Even before my arrival at PSG I had already heard about the Classic with Kevin Strootman. When we played for the national team we talked about it a bit and he said it was crazy. He told me it was a super intense game, that the fans really wanted to win. He explained that to me from Marseille. But I imagine that if Marseille want it, PSG want it too. When I signed for PSG, I was already thinking about the matches against Marseille how crazy that would be. Can't wait to play! It's soon ! I'm happy to make these games, and see the atmosphere! “, Georginio Wijnaldum explained to Pro Direct Soccer in comments reported by Canal Supporters.