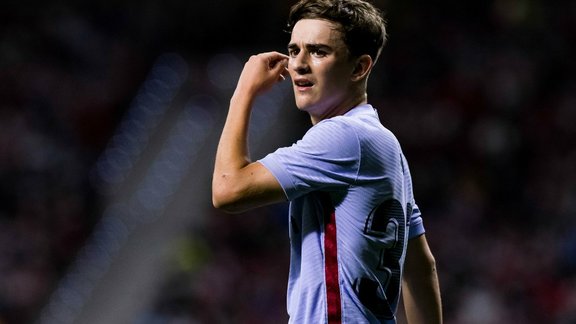 After having extended Pedri and Ansu Fati, FC Barcelona would like to extend Gavi's lease soon. The young midfielder has also received a great tribute from Xavi, legend of the Catalan club.

After extending the contracts of Pedri and Ansu Fati , FC Barcelona have reportedly placed Gavi as the next name on their list. Since the start of the season, the young midfielder has been impressive with the Catalan club. His performances did not go unnoticed, especially with Luis Enrique who did not hesitate to call the 17-year-old with the Spanish squad. For its part, Barça seeking to build a future squad would like to see Gavi extend his lease, the latter expiring in June 2023. And according to SPORT information, the player would be willing to continue in Catalonia for its future. While this file promises to be very hot, a legend of FC Barcelona has not failed to say all the good he thinks of Gavi .

“He has everything to be successful and has a great future ahead of him.” “

In an interview for AS, Xavi paid great tribute to the Blaugrana midfielder:” He is such a talented guy. What surprises me most is that he is only 17 years old and already playing like a 30 year old guy. This is the great quality that I see in Gavi. He's a very big future and a good player at the moment. He shows at only 17 that he can compete at the highest level. It's incredible. Technically he is very good and he also has the physical qualities to be successful. He has everything to succeed and has a great future ahead of him. “