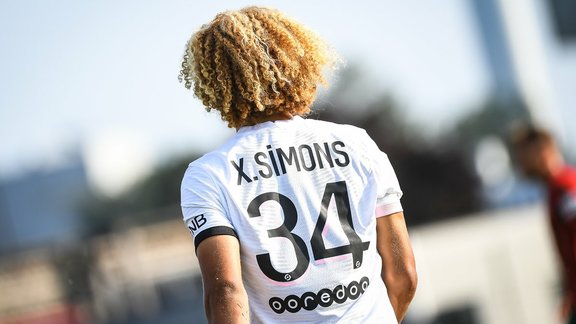 At the end of the contract next June, Xavi Simons could leave PSG. Mauricio Pochettino spoke about his case at a press conference.

Never summoned this season by Mauricio Pochettino , Xavi Simons would be wondering about his future. And while his contract ends next June, the threat of a free departure is becoming clearer. Aware of the situation, the coach of PSG was questioned about the situation of the young Dutchman during his visit to the media. And he justifies his choices.

Pochettino justifies the management of the Xavi Simons case

“Is there an explanation? Yes, there is an explanation: we have 33 pro players in the workforce. Young players need to show off, it's not ideal to train with the pro squad during the week and on weekends to stay home and play playstation. They need competition, that's why I leave it at the disposal of the other teams. My staff and I have always liked to use young people. But a youngster doesn't just need space, he has to feel that he can play, that he has this option. Otherwise the initial motivation can quickly turn into frustration. And instead of a progression, we are witnessing a regression. Playing with young people makes him feel important, and there he can continue to improve. Our past work speaks for itself, it's not just words. We would like to be able to count on these young people in the future. But it is a problem of the structure, which makes it difficult for these young people to find a place for themselves, ”he confided at a press conference.